Crime, Justice and Punishment in Colonial Hong Kong
Standing close together in a compound on a hillside above Victoria Harbour, the Central Police Sta..
HK$380.00
Add to Cart
Add to Wish List
Add to Compare
Special Offers

* Insights into IFRS: KPMG's Practical Guide to International Financial Reporting Standards 18th ed
NOT YET PUBLISHED Applying IFRS® Standards to real transactions and arrangements can be a sig..
HK$1,920.00 HK$1,728.00
Add to Cart
Add to Wish List
Add to Compare

* The Law of Personal Property 3rd ed
NOT YET PUBLISHED Issues and disputes concerning personal property are a common feature of commer..
HK$3,420.00
Add to Cart
Add to Wish List
Add to Compare

* The Intellectual Property Enterprise Court: Practice and Procedure 3rd ed
NOT YET PUBLISHED This title is your comprehensive guide to the practice and procedure of the Int..
HK$2,940.00
Add to Cart
Add to Wish List
Add to Compare 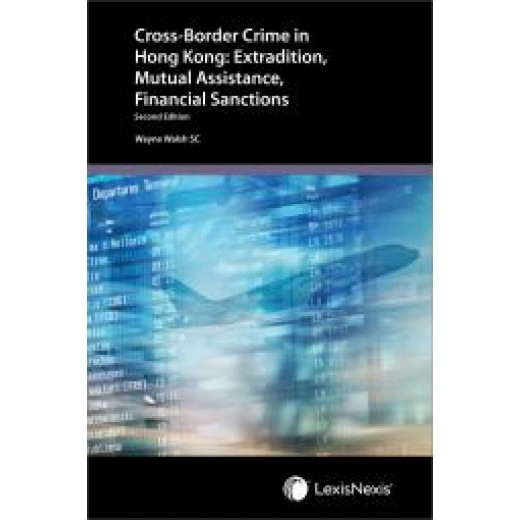 As Lord Griffiths observed in Liangsiriprasert (Somchai) v Government of the United States of America [1991] 1 AC 225, “Crime is now established on an international scale and the common law must face this new reality.” The second edition of this title continues to offer practical guidance to legal practitioners, law enforcement authorities and others including financial institutions, as well as to foreign practitioners and authorities, on various aspects of cross-border crime with a Hong Kong nexus. The issues surrounding the continued absence of cross-border arrangements for criminal matters with other parts of China was brought to the forefront in 2019.

Due to the high public importance accorded to the subject, the legislative proposals for the surrender of wanted persons between the Hong Kong SAR and other jurisdictions, including other parts of China (also known as the “Extradition Bill”), are discussed in detail. The subsequent promulgation of the Law of the PRC on Safeguarding National Security in the HKSAR is canvassed with a focus on offences of funding prohibited acts endangering national security. The imposition of unilateral financial sanctions in respect of Hong Kong by the United States under the Hong Kong Autonomy Act and Executive Order on Hong Kong Normalization is also covered. The effect of international bilateral or multilateral arrangements applicable to Hong Kong have been highlighted, including relevant United Nations Conventions and ordinances relating to cross-border offences, anti-terrorism, anti-money laundering, and human rights issues. The recent suspension of some of Hong Kong’s bilateral extradition and mutual legal assistance Agreements is considered. Written in a comprehensive and clear manner, the text will be invaluable for anyone seeking to understand this area of law.